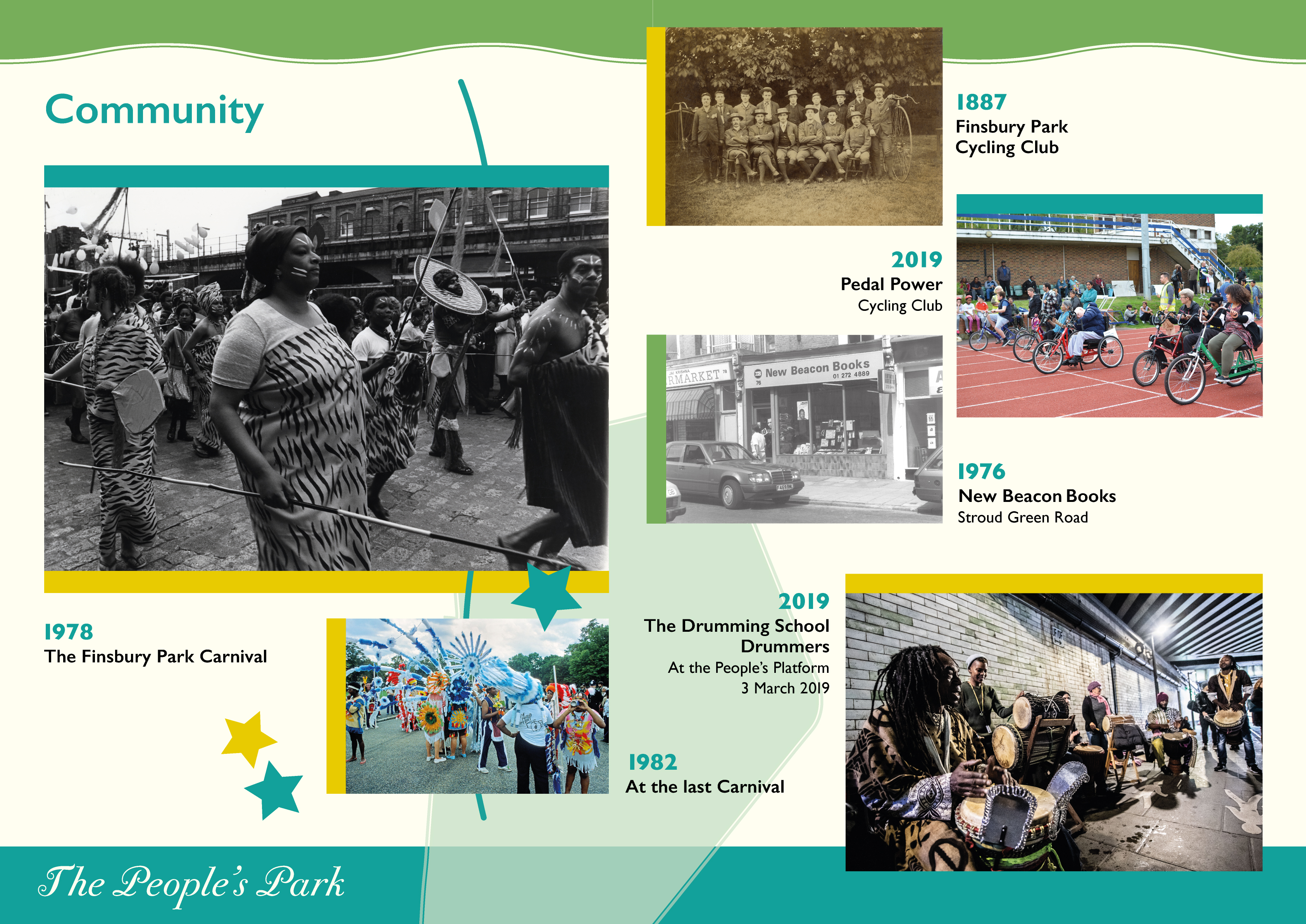 Finsbury Park and its surrounding area have evolved as a platform for community groups and activities, often organised by volunteers. Many of the activities and local organisations are driven by strong social and cultural values.

In 1984, Margot Sreberny – known as ‘Mrs Finsbury Park’ – formed the Finsbury Park Action Group to campaign for improvements in the area. This led to the creation of the Friends of Finsbury Park as a charity in 1986 to promote the upkeep and well-being of the Park.

In recent years, the Friends have campaigned for more green spaces and against over-commercialisation and closure of the Park, all within a framework of sensitive sustainability.

In 1978, Pastor Morris and others established the Finsbury Park West Indian Carnival Committee, building in part on the Park’s reputation as ‘Sound Systemland’, with Keith and Michael La Rose, founders of the People’s War Carnival Band. The Committee garnered support from the three boroughs and engaged Metropolitan Police officers to advise as ‘consultants’. This however led to discord, with the Black Youth Movement saying: “It’s a police carnival”. The Carnival went ahead, but it only survived four years.

The Drumming School, formed in 2012 , thrives on maintaining the heritage of African, Caribbean and Latin drumming.

Faith groups, including from the Jewish, Muslim and Christian communities, have greatly contributed to building the local community. Finsbury Park Mosque, established in 1994, is renowned for its outreach programme and hot meals for the homeless.

Streets Kitchen provides support and services to homeless people in the area. Since the Government’s austerity programme was introduced in 2010, the Park has seen a steady rise in homeless people using it as a place to sleep.

Both Edible Landscapes and the newly formed Weeds+Seeds Community Garden encourage a renewed interest in home-grown produce and domestic horticulture.

The renowned Finsbury Park Cycling Club was established in 1883. It has been in continuous existence ever since. Some Club members are seen here in 1887, posing with their Penny Farthings in the gardens of the Manor House Tavern overlooking Finsbury Park.

Pedal Power has operated a cycling club for children and adults with learning disabilities since 2004, offering regular outdoor opportunities with a range of adapted cycling equipment and cycle trainers.

New Beacon Books, a bookshop and publisher founded in 1966 by John La Rose and Sarah White, is associated with black British writing and culture. Housed in the same premises on Stroud Green Road is the George Padmore Institute, an archive, educational resource and research centre focused on the black community.

Near the Community board you will see Alexandre Yemaoua Dayo, the inspiring leader of the African Drumming School that operates from the Art Hut near the Stroud Green Road entrance to the Park. 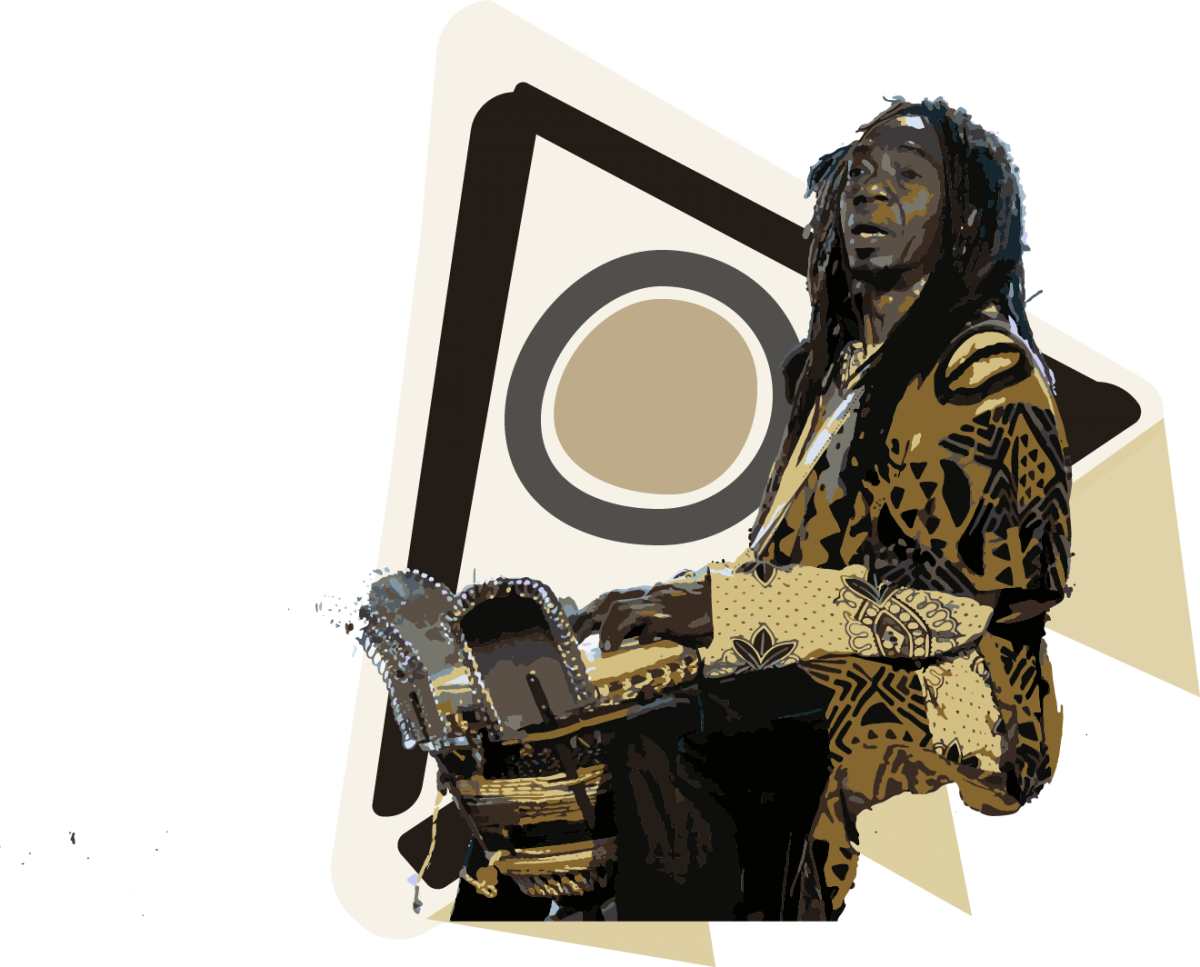